Nacpan beach on Palawan in the Philippines is the most beautiful beach I have ever seen in my entire life. I don’t make this statement based on visual aspect alone. Of course, the visual aspect left me speechless, jaw to the floor and eyes glazed. In my opinion, it is the most beautiful because shitty land developers and foreign investors haven’t managed to snatch it with their greedy paws.

Crescent shaped and sprawling, Nacpan beach stretches; long tendrils of thick blonde sand. I can’t believe it, but there are no resorts, skyscrapers, shoddy bars, or flashy mansions. The only man made structures are the simple square huts constructed from palm fronds where the locals and their farm animals don’t have much in terms of money or material items, but they live on oceanfront paradise and are creatures of the sea. They understand it, they respect it, and together they live in harmony.

We camped in the village on a property overrun by chickens. The local caretaker, Chris, greeted my boyfriend Joram and I in his cute little briefs, fingernails painted with cracked purple polish. This man loves his chickens. The funny little biddies were everywhere. Rebellious juvenile roosters chased panicked hens, hoping for a chance to get a little sexual healing, but the alpha cock, a huge fucker, was always on guard when it came to his women. I watched a juvie chase a plump wheat brown banty, clasp her tail feathers in his beak and hop onto her back, only to be bull rushed by the alpha and viciously bowled over.

I even chased some of the chickens…but only because I really, really wanted a little chickie cuddle. They hated me and rushed to their father, Chris, who cradled them lovingly and frowned at me. “They don’t like you.”

Travelers rent bikes in El Nido town and drive the quick hour to Nacpan for the day. The water is clear and deep enough for wading. The waves are powerful enough to pick you up for some body surfing, but gentle enough to bob without worry. The beach is wide and the sand soft. Manny Pacquiao’s private island is just offshore. The beach is nice during the day, and to climb the nearby hill to observe the creamy tangerine sunset over the sea is a must, but to leave Nacpan before nightfall is a sin.

The moon hangs low over Nacpan Beach and I hold my hand in front of my face, but cannot see it. I can only hear the lazy lapping of the waves. The islands and hills are gone, replaced by black nothingness.

Humans misunderstand the night because they fear it. At night, the monsters abound, and if you are curious of what lurks in the dark, then you will be gobbled up by a ferocious beast. You must stay indoors, close your eyes, and sleep, sleep and sleep until the darkness has passed. We build lamps, and raging fires to battle the blackness, but the night remains peaceful and passive. By fearing it, you only deprive yourself of the moon’s open arms, and the beaming of a million glowing smiles. When you banish the light bulbs and darkness is left, stars cascade in torrents from every nook and cranny of the universe. The milky way is unraveled silk that glows and spreads in soft curls across the sky. You cannot see the sand beneath your feet, because now you are floating.

A shooting star only unveils itself to whom it belongs to. Even if it is but a flash of whispered white in your peripheral, catch it and never let it go, because you were there to accept a soft kiss from the seemingly dangerous night.

The ocean adores the night. It is one with the dark, washing up millions of sparkling stars that have fallen to the sea. Shrouded in darkness, they dance in love. Electric blue bio-luminescence shimmer with accomplished brilliance all along Nacpan beach, where the sea has finally reached its destination, announcing its arrival with a burst of cosmic color.

Oh, the almighty sea. Humans can build walls thick and tall, but they will never be able to control it. She can lure and hypnotize, she is mysterious and graceful, but she is also temperamental and unpredictable. She can crash and scream, level cities and steal lives and we cannot stop her. But, the earth can. Angry waves fed by relentless gales travel lifetimes to clash with the earth, striking with harsh blows upon the slick sand. But the earth is a patient and steadfast mother, and the ocean slips with tired, foamy gasps back into the depths of itself.

6 thoughts on “A Memoir of Nacpan Beach” 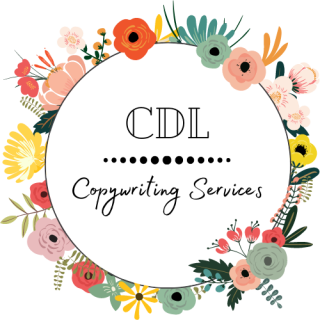